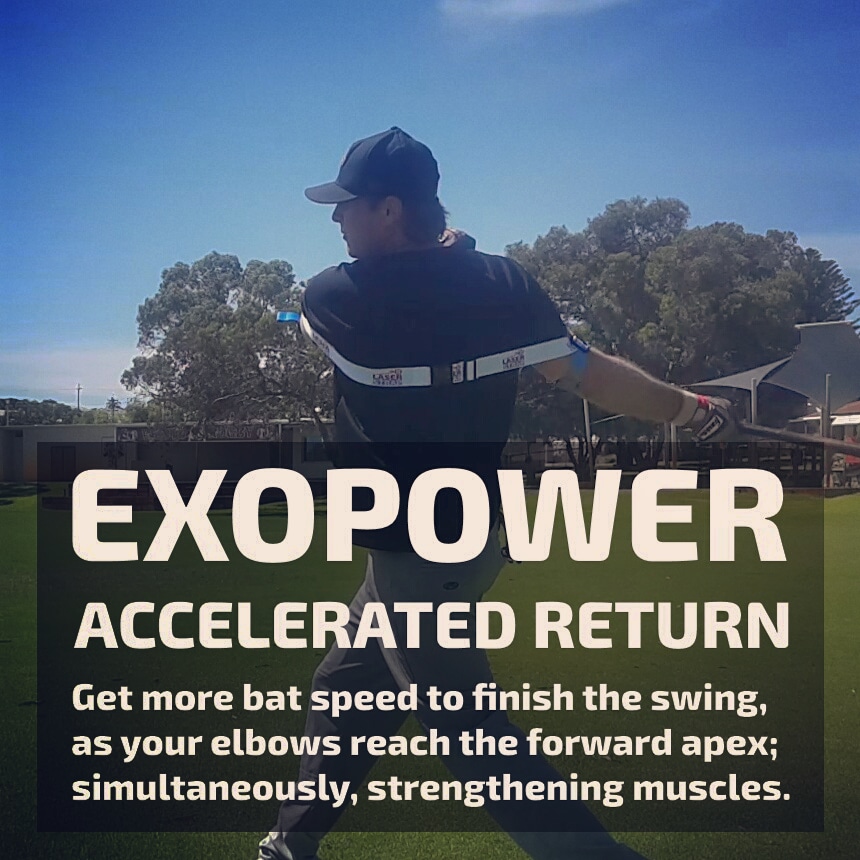 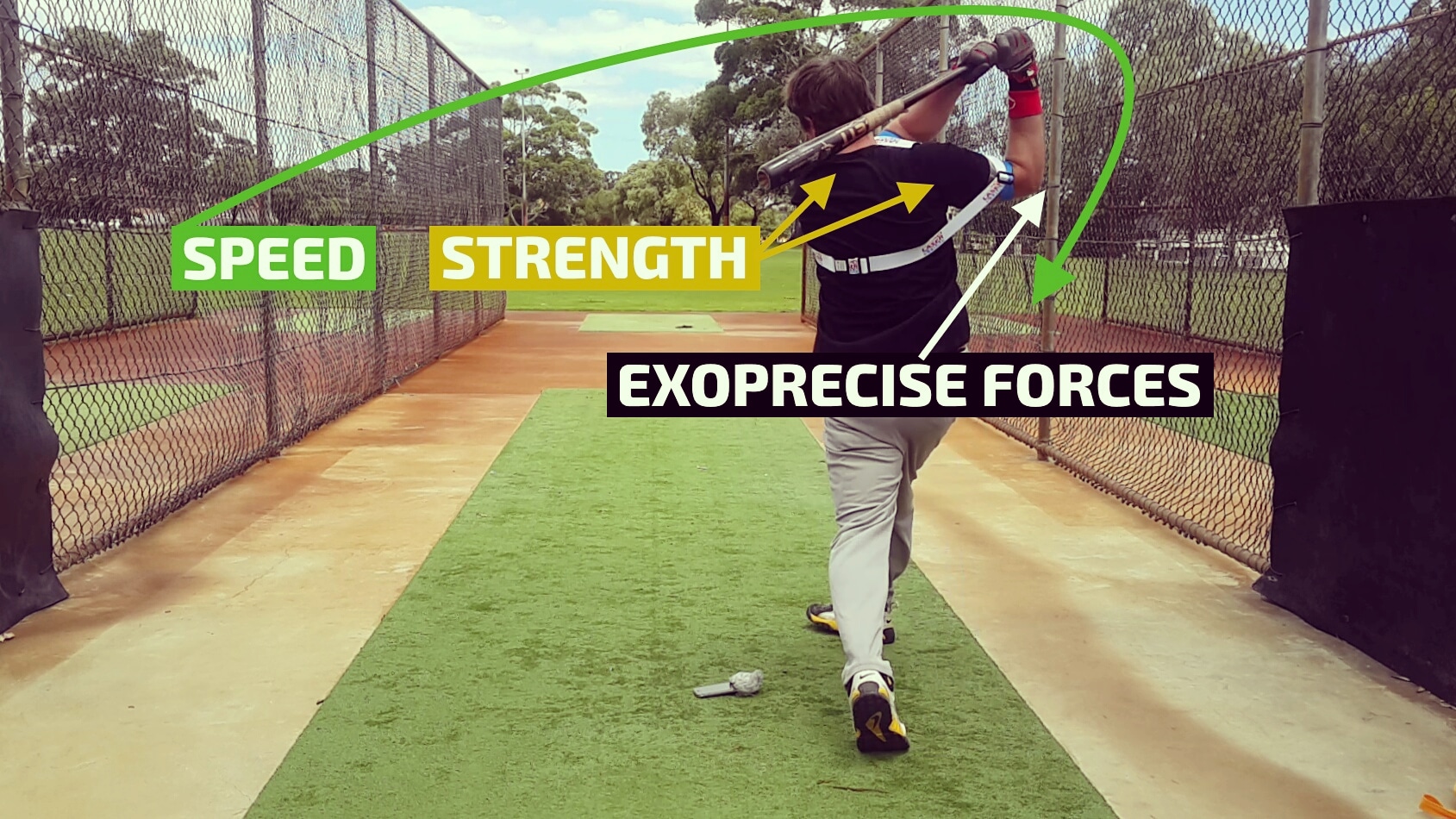 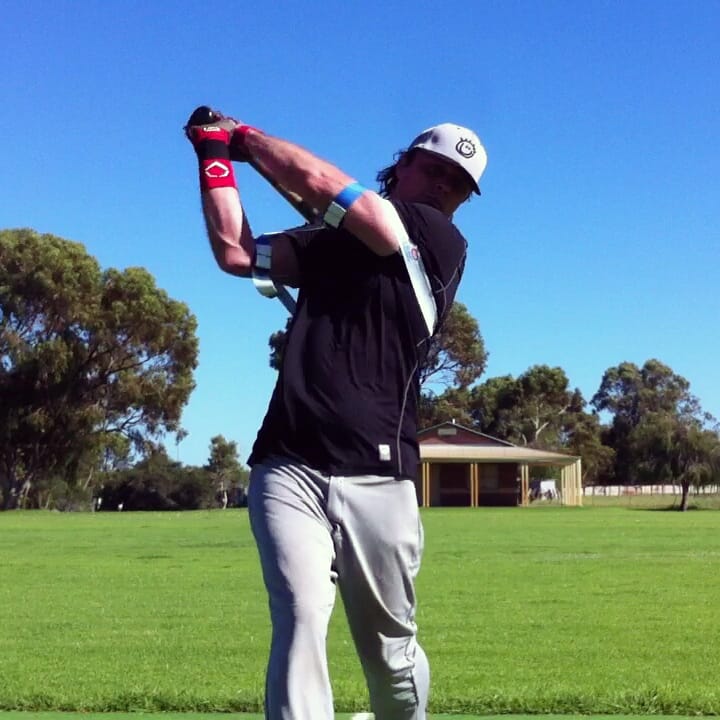 The Hit Lasers Bat Speed Trainer, baseball and softball hitting trainer, working from the start of your swing to the finish, improving bat speed, follow through mechanics, and strength. 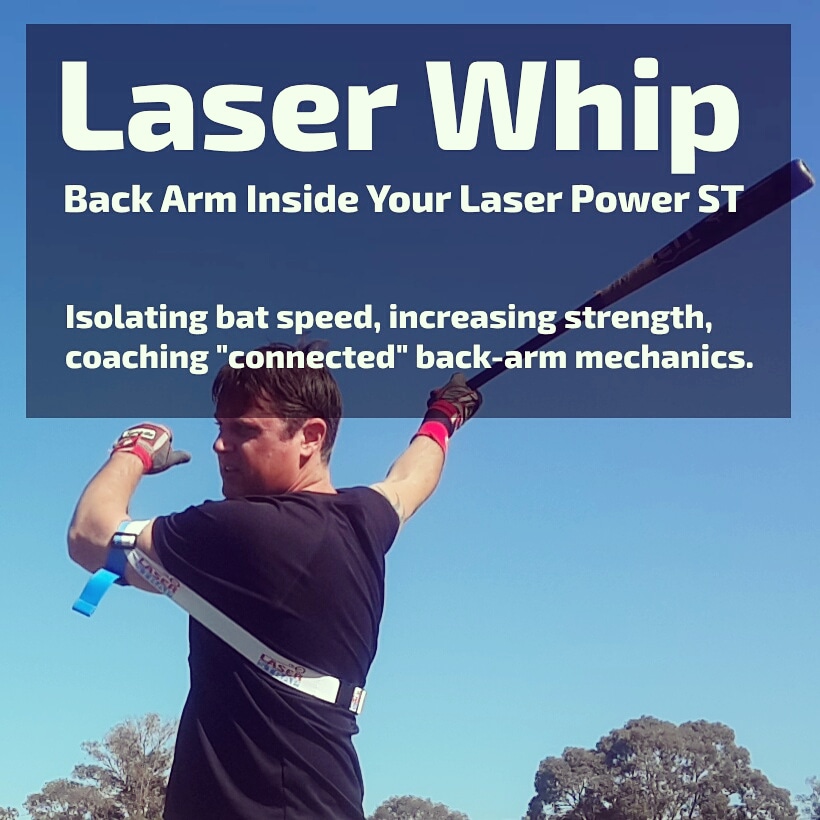 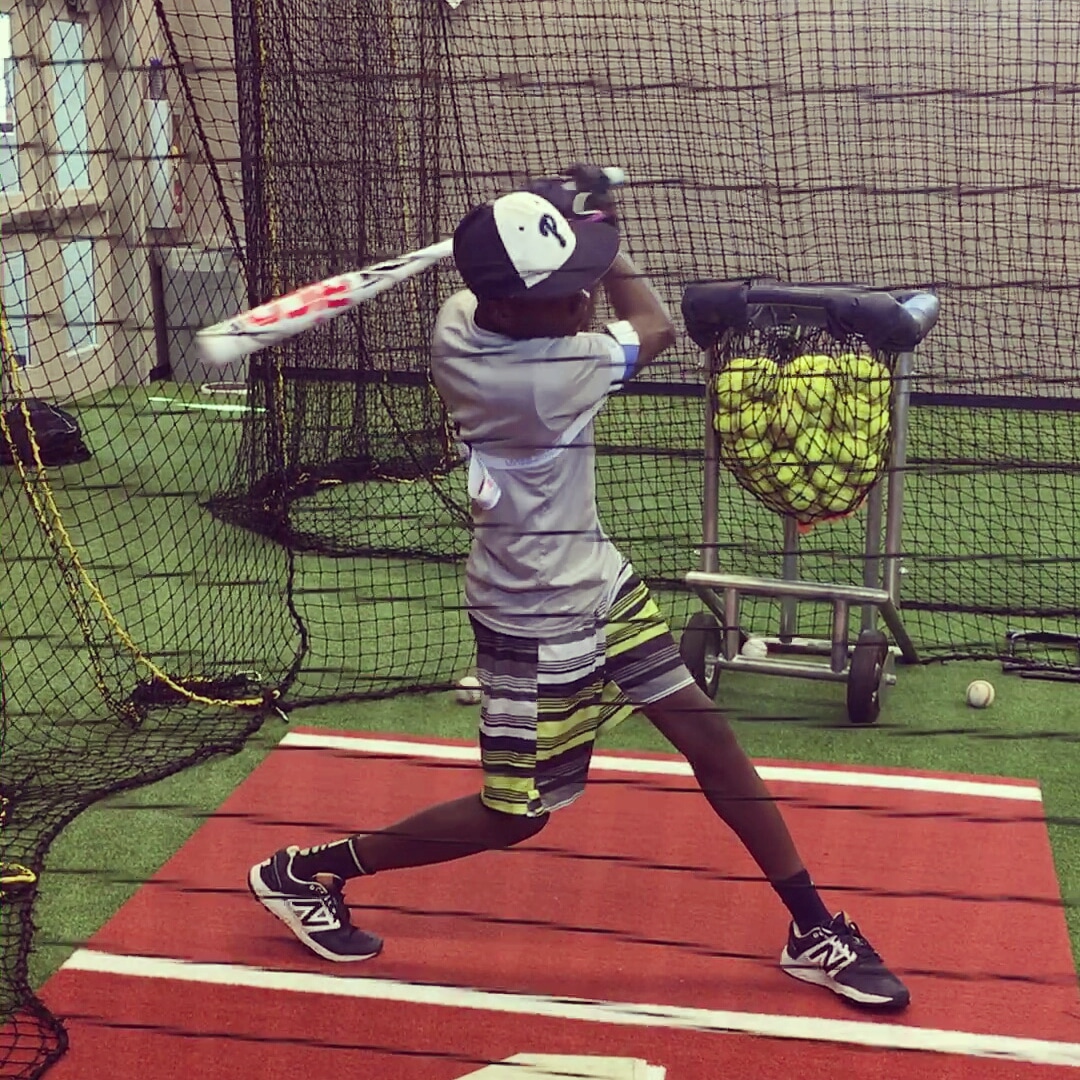 Continuing from the previous phase, momentum force, staying thru the baseball and softball; at the time the elbows reach the forward apex away from the body, Exoprecise forces produce speed, initiating the final phase. 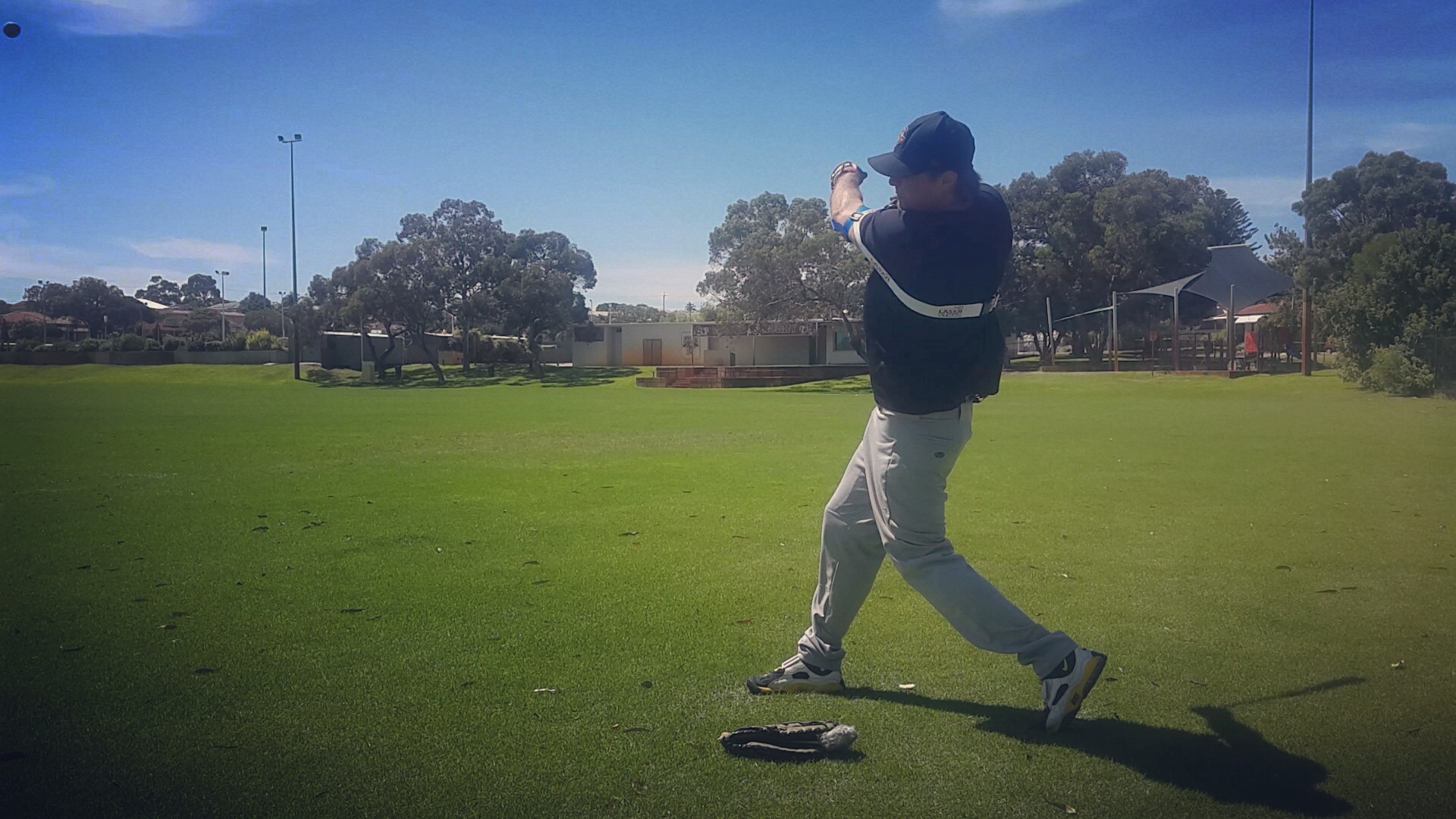 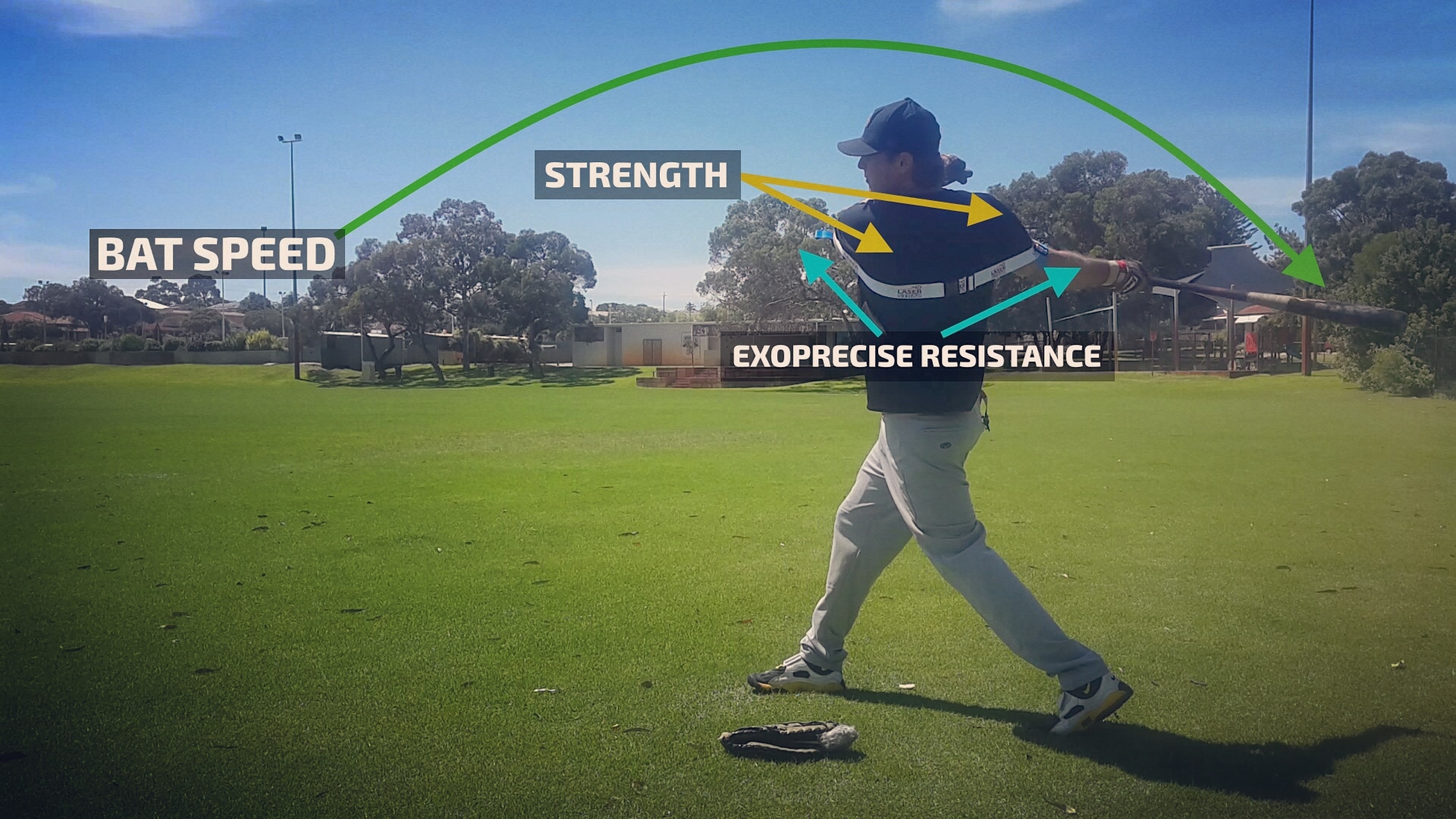 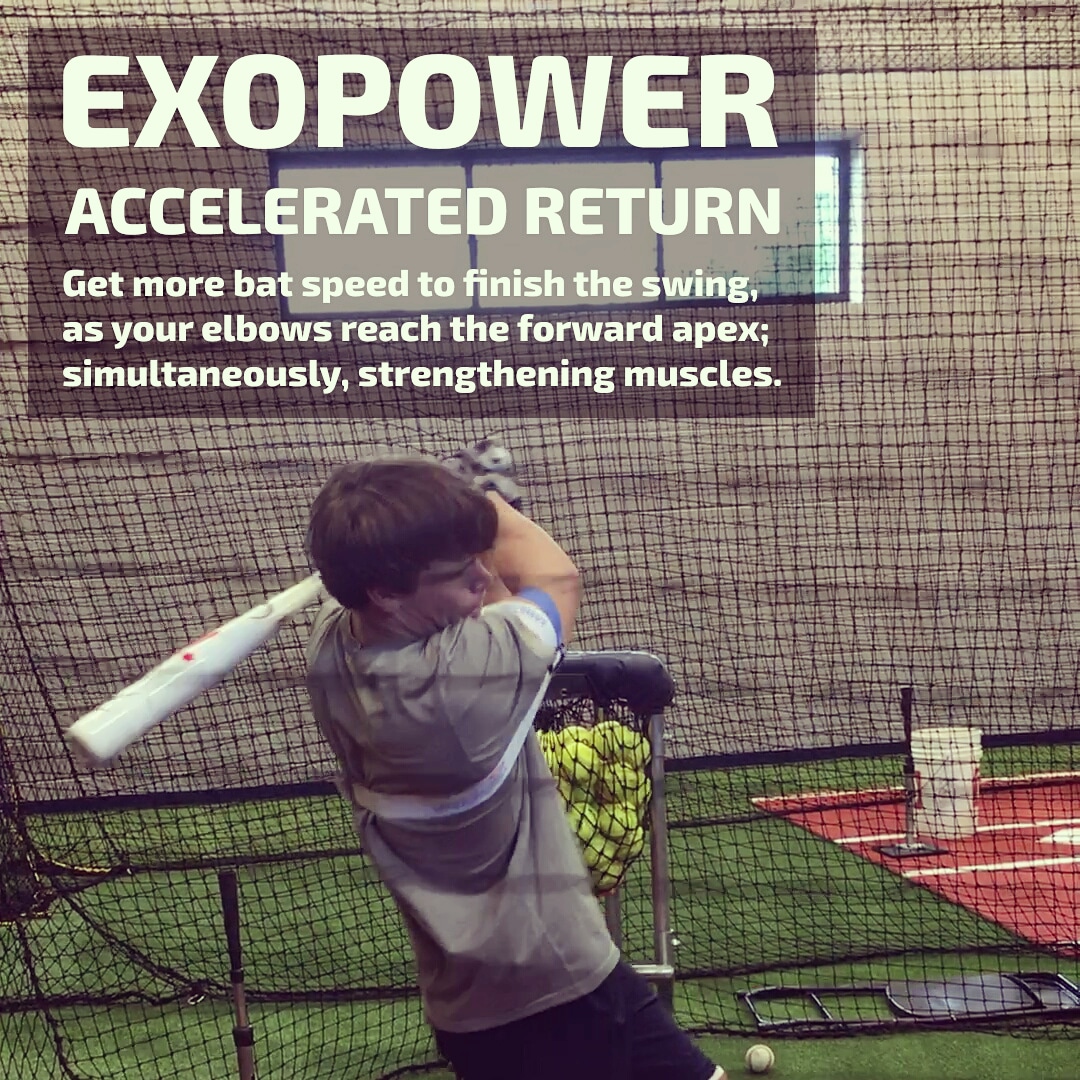 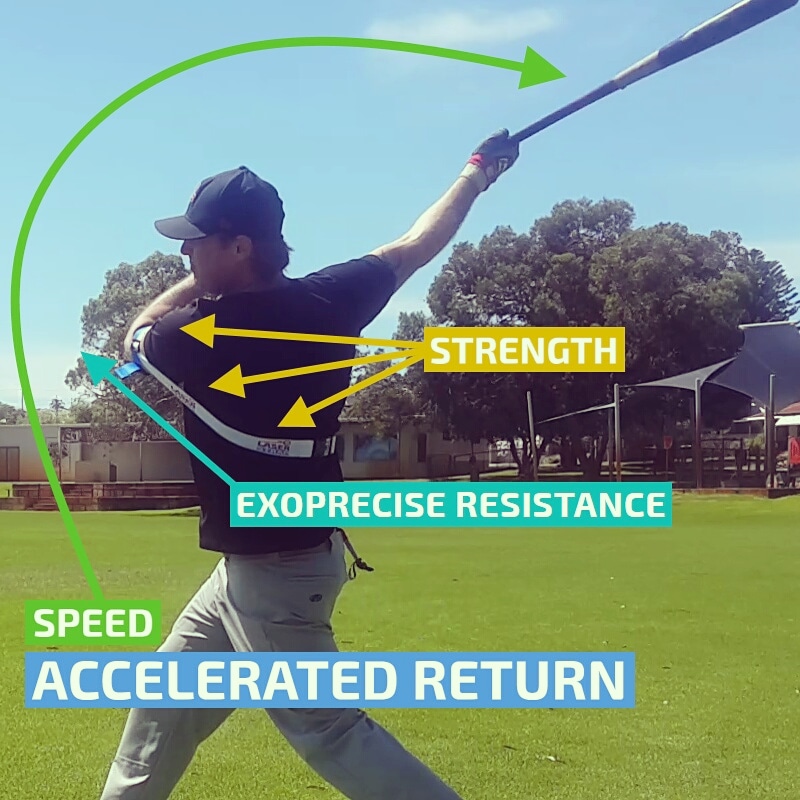 Trail Elbow: Upward movement, to the front of the body, strengthening the hitting muscles.

During the follow-through, our Hit Lasers Bat Speed Trainer distributes equal and opposite forces, perpetual motion; your front elbow exerts the precise pushing force, accelerating the back elbow, triggering the final boost of speed, sequencing the return to your body; the pro-finish. 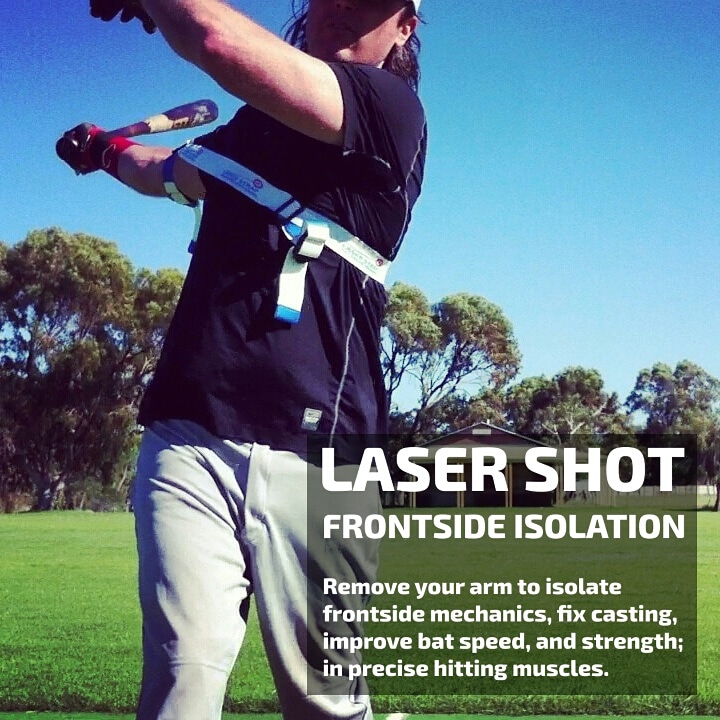 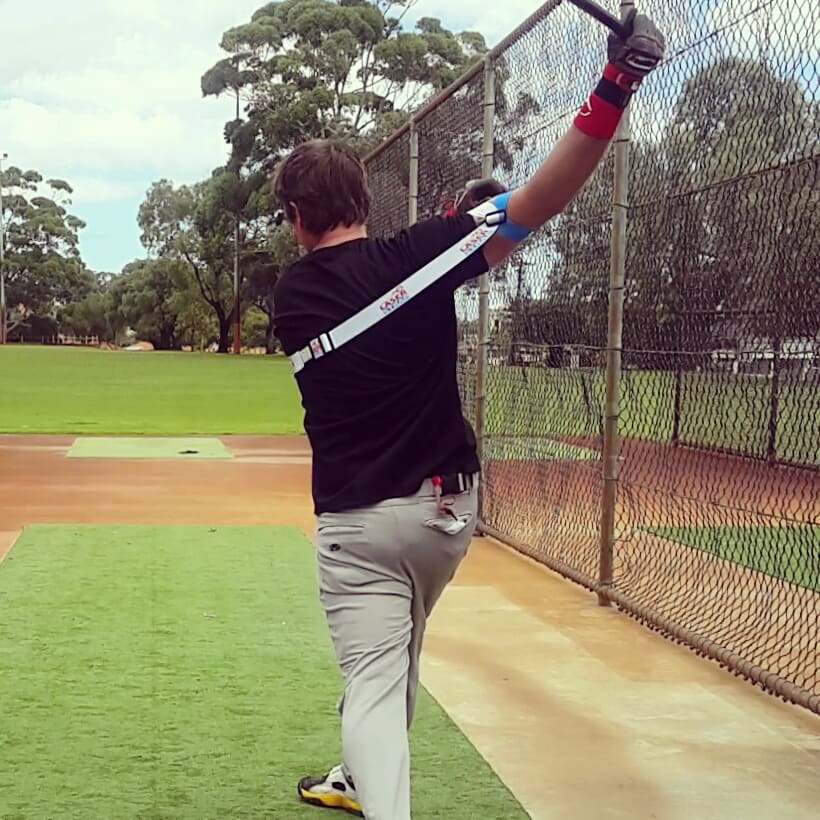 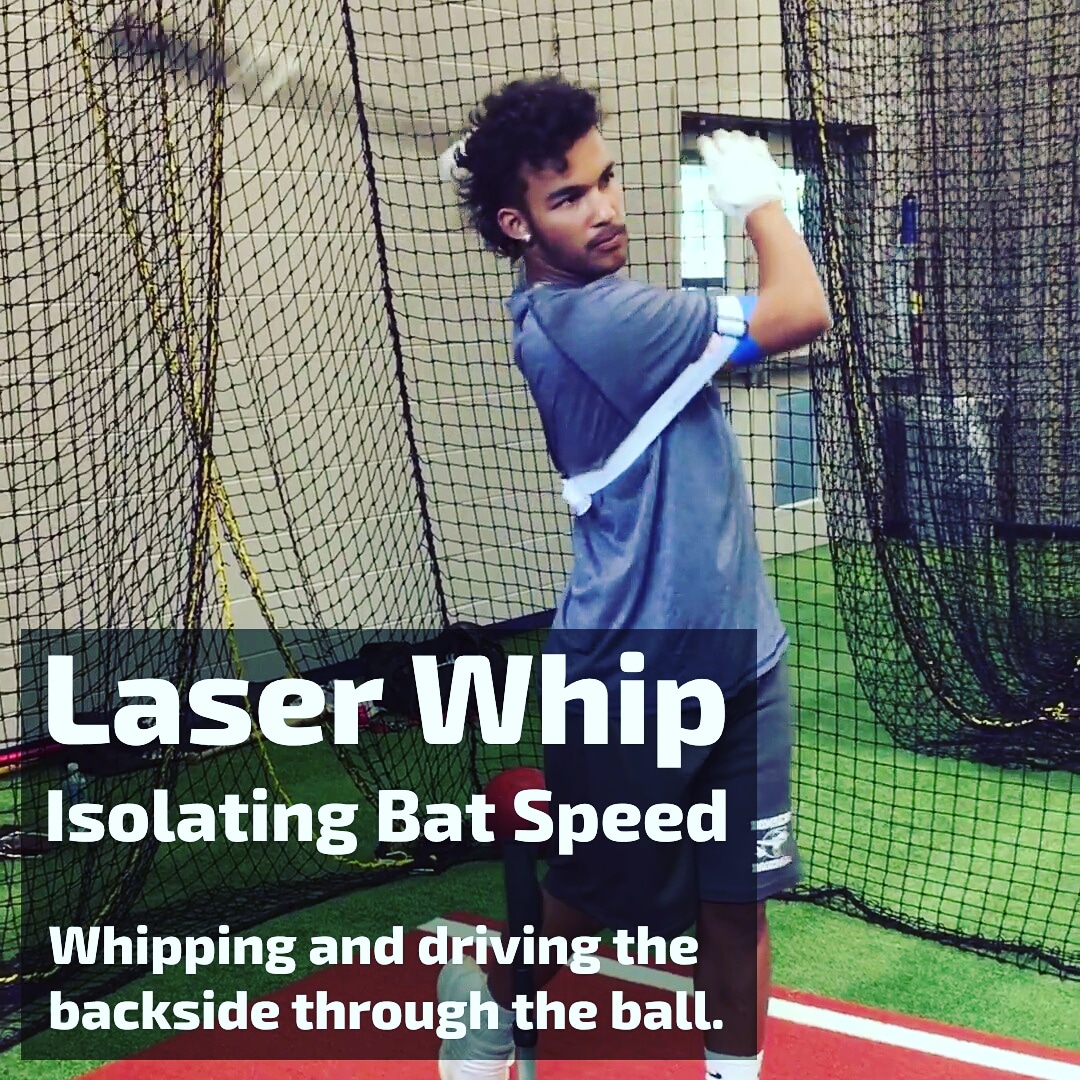 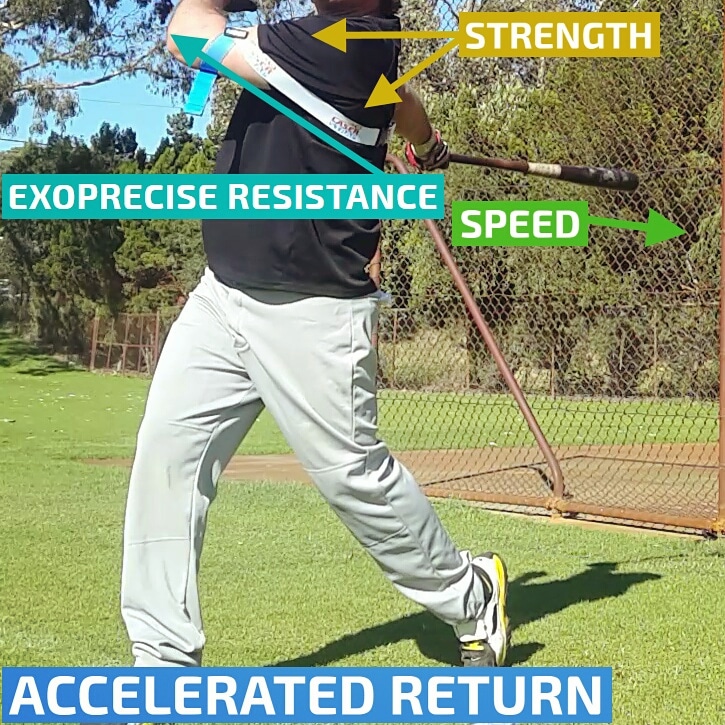 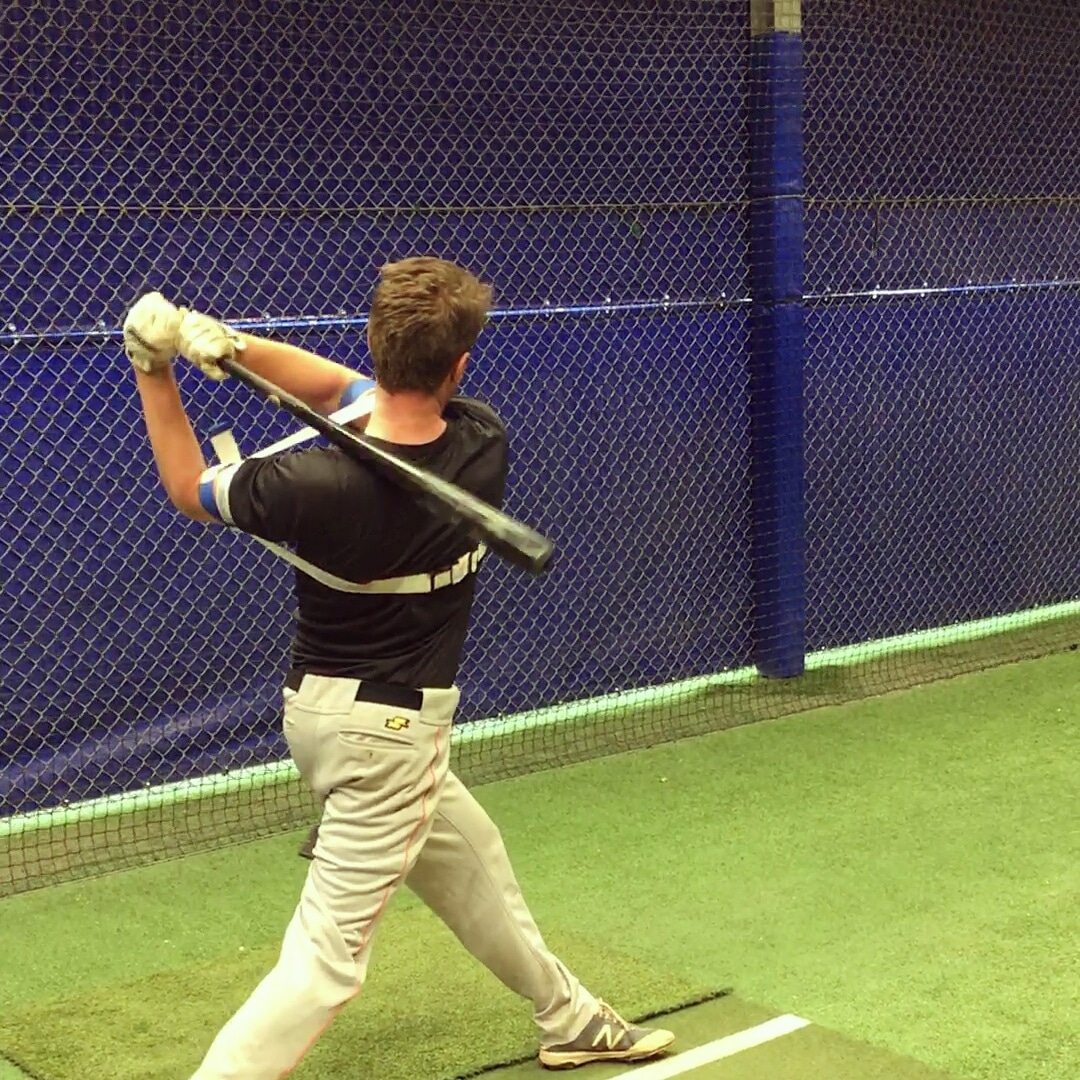 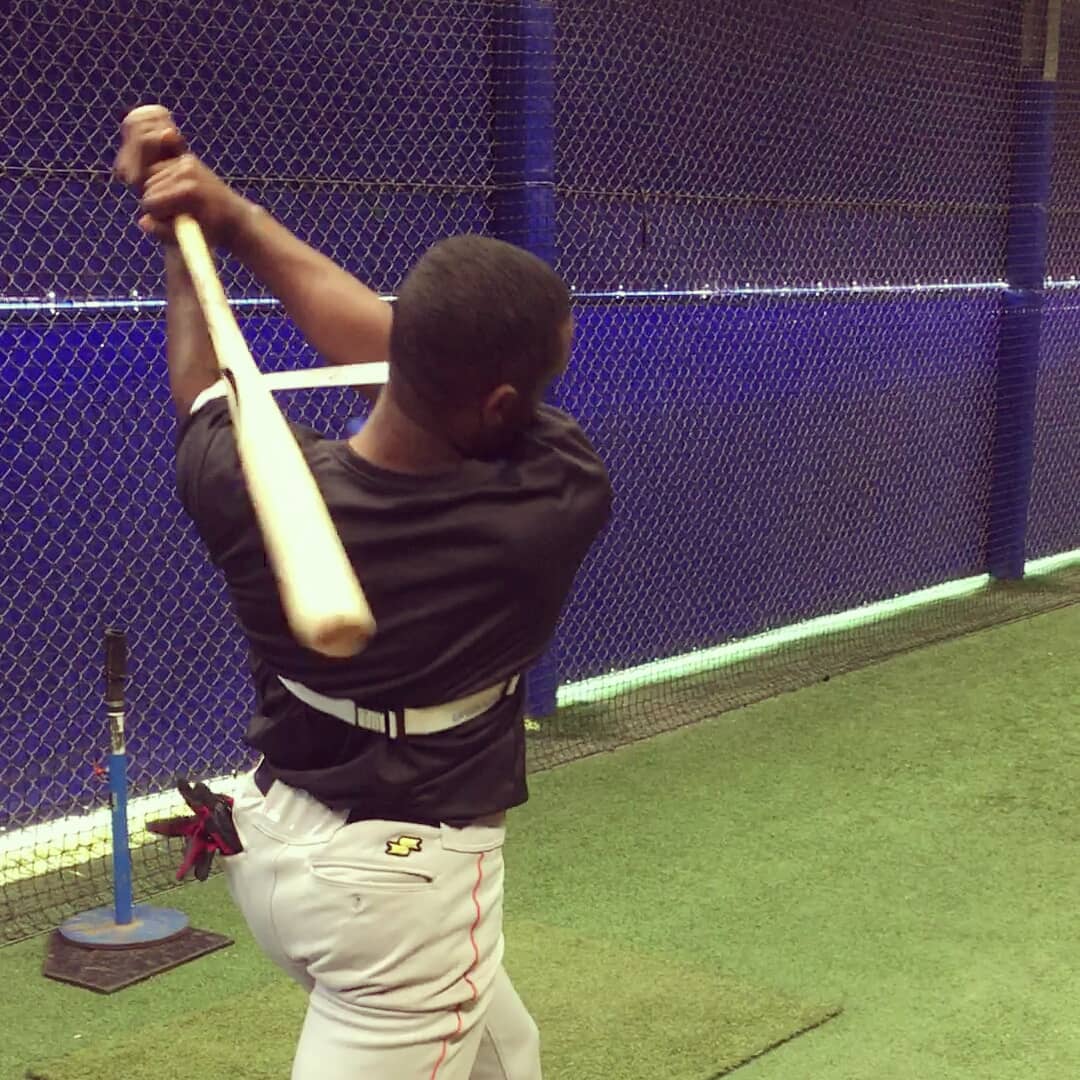 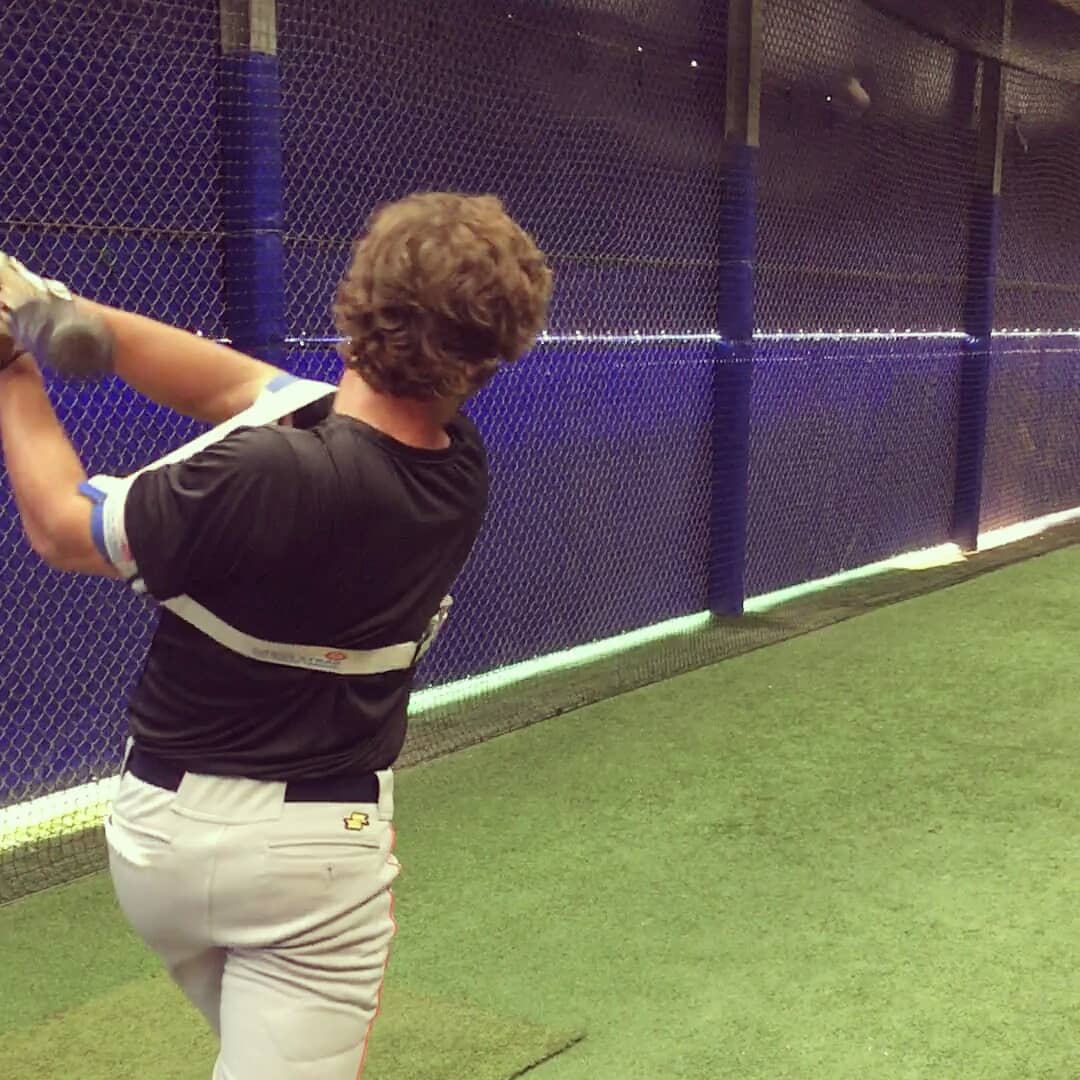 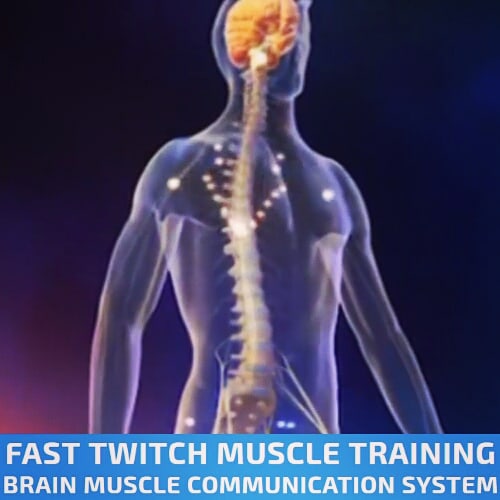 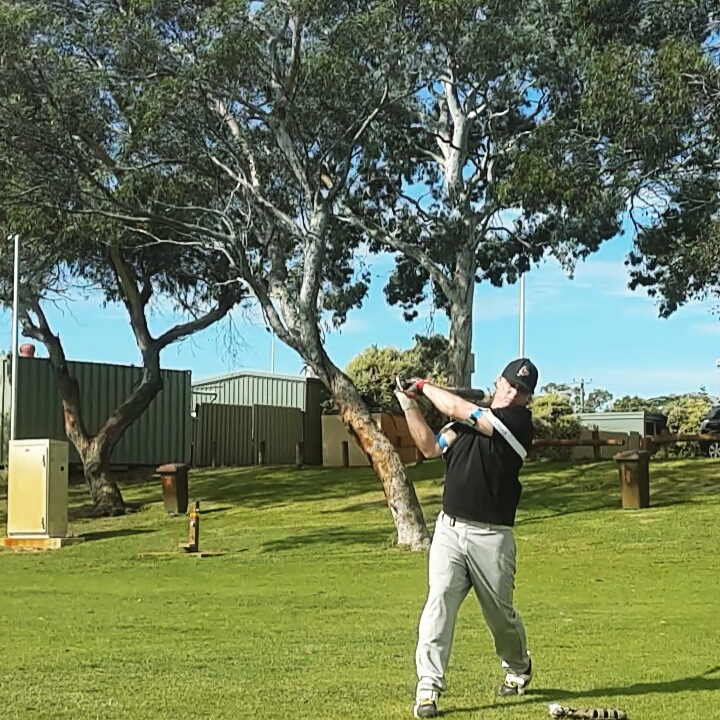 THE SCIENCE OF POWER SWING TRAINING

Exopower defines the phases of our Sport Precise training method during the baseball and softball swing.

Ready to launch: Exoprecise forces keep your arms at the perfect distance from your body; improving stance mechanics, and bat speed.

Strengthen the hitting muscles, steering your elbows, improving mechanics; releasing triggers the boost in bat speed to start the swing.

Starting the swing, releasing, triggers the acceleration of your elbows; increasing bat speed, guiding the optimal swing path to contact.

Exoprecise forces, navigating the elbows, staying connected, squaring up to the baseball and softball; upon impact.

Producing the simultaneous push/pull force, triggering a relaunch of bat speed, excellent for coaching hard, up, and inside drills.